What is the Kabbalah Tree of Life? 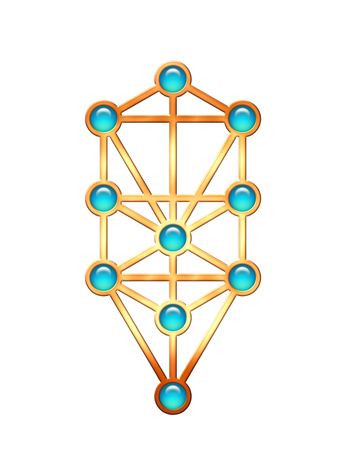 The Tree of Life is the primary mystical symbol of Kabbalah. It is the structure of the 10 Sefirot (or Sephirot), arranged in 3 pillars. Each Sefirah (singular for Sefirot) can be described as a type of spiritual light, and as the revelation of an aspect of the Creator. The Sephirot contain the governmental laws for all creation, meaning that everything that was, is, and will be, comes forth through them1. The Kabbalah Tree of Life has been called ‘an archetype scheme which is the divine model for the Universe and for Man’2.

The Tree of Life of the 10 Sephirot stretches from the Divine nature of the Creator (referred to as Eyn Sof, אין סוף without end), which is above or beyond the Sefirot, and physical existence, which is below the Sephirot and comes forth from them.

Definition: The 10 Sephirot can be considered in a way as spiritual lights and as as revealed aspects of God, containing spiritual laws which govern and bring forth all of Creation. They link what is above them – the infinite and ungraspable nature of the Creator – with what is below them, the finite physical creation.

Keter (Kether): Crown – the Divine Will of the Creator

Keter is the highest and most encompassing sefirah in the Kabbalah Tree of Life.  As a crown is on top of the head and encompasses it, so keter is on top of all the sephirot and encompasses them all.4 Because the head of Keter is rooted above the Sephirot in Ein Sof, אין סוף, the Divine Nature of the Creator, it is incomprehensible to man and is called “the most hidden of all hidden things”5 and it is referred to as “Ayin” אין 6, nothing. It is called “nothing” because it is so sublime and concealed that nothing can be said or postulated of it. Keter is also absolute compassion – the Creator represents absolute perfection and due to its proximity to the Creator, no flaw can exist in this sefirah.

Hochmah (Chochmah): Wisdom – Supernal Mind, the Oneness of Everything

Chochmah represents God’s first creative activity9, “the beginning” from which everything else derives10. Kabbalistically, Wisdom is seen as pure undifferentiated Mind11, like the first unbounded flash of inspiration, appearing as on

e whole, before it is differentiated and limited into individual thoughts and ideas. It is the level above all division, where everything is a simple unity11 , the level at which Oneness exists. It is the non-space, non-time, undefinable source of all that is yet to be manifested9a.

Chochmah, Pure Mind, the Oneness, of everything, is separated and differentiated into details in Binah so that it is comprehensible.  It is the level on which ideas exist separately and can be examined11.  Binah is the source of individual souls and all individualization and differentiation. It is the building of abstraction into a more concrete idea.

Da’at, knowledge, is not actually a Sefirah, but a point of confluence between Wisdom Chochmah and Understanding Binah.12a However, in many ways it behaves as a Sefirah and because of this, it is sometimes included among them (in the system of the Arizal, for example, it is often substituted for Keter as the 10th Sefirah). It is an invisible zone between the sefirot, which must be crossed in order for an impulse from Keter to proceed down the sefirot and into existence.

A metaphor for this is the way in which manifesting a creative work has a critical point near the beginning, where an idea is formulated, but the will to bring it forth may or may not be sufficient. Initial events may occur prior to this point, but it does not mean they will necessarily develop.12 Da’at can be considered as if it is a hidden 11th Sefirah which is parallel to Tiferet.12b 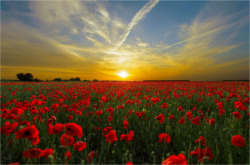 Chesed, Kindness, manifests and actualizes God’s absolute, unlimited benevolence and kindness.14 It is the total outpouring of Shefa שפע, abundance. It is the divine attribute which describes the function of expansion.12 Hesed is associated in the soul with the desire to embrace all of Creation and bestow goodness upon it.

Gevurah stands for strength, judgment, law, and power. As Chesed causes an outpouring of energy, Gevurah controls, contracts, and limits the flow, providing an equilibrium between expansion and contraction. Tiferet balances and synthesizes these two opposing forces. Gevurah is the power of restraint and judgment, for it demands that Chesed be distributed justly in proportion to the recipient’s merit.15 The contracting quality of Gevurah allows for usefulness, activity, and progress. The might of gevurah provides the power and forcefulness required to implement one’s innate desire of Chesed, despite the difficulties found in the physical world.

Tipheret is the central balancing sefirah of the whole Kabbalah Tree of Life, as every sefirah except Malkhut flows into it.12 It is the midway point between heaven and earth on the direct line extending down from Keter to Malchut.12 Tipheret is on the central balancing column of the tree, harmonizing and synthesizing the boundless outpouring of Chesed, with the severe restrictions of Gevurah. Ideally, it leans slightly toward Chesed and thus it is also called Rachamim, Mercy or compassion.17 It is referred to as beauty for its harmonious blending of all the sefirot.18

Netzah is an extension of Hesed, the Sefirah from which it derives.19 Netzach conquers the barriers between the outflow of Divine benevolence and its intended recipients.19 It is called Eternity, where Eternity means that which is continually repeated, cycles that must recycle and be perpetuated so the whole relative universe is not unstable and does not collapse12. 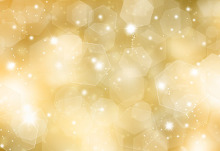 Hod is an extension of Gevurah, the Sefirah from which it derives19. Hod restrains the outflow of Divine benevolence which Netzah seeks to perpetuate.19 Thus the outflow will not be dissipated among unworthy recipients, and Divine majesty and splendor are preserved.

Yesod, foundation, unites Emanator and recipient, connecting all of the other sephirot with Malkhut.19 Yesod blends, channels, and receives light from all the sephirot above it, so that their emanations can issue forth to the creation.20

Malchut brings creation into being; everything that happens in the lower, physical world, comes about by way of this Sephirah.21 All that has gone before is compressed in this one Sefirah, and in it is closely compressed matter, or constricted energy.12 The revealed physical world that is visible to us, is linked to this Sefirah. Malchut also corresponds to the mouth and thus represents the word of God and the revealed world.23 Malkhut is in constant relationship with Binah, transferring all that is in abstraction into this world of concrete creation (Olam HaZeh).

The Sefirot of the Kabbalah Tree of Life can be considered in a way as spiritual lights, center of all manifestations, which reveal aspects of the Creator. Just as we can see many aspects in a single human being – bravery, kindness, honor, etc, we must understand that the multiple Sephirot do NOT represent multiple gods, but merely revealed aspects and actual manifestations of the One Creator. In the Creator there is no duality. In other words, referring from the book of Yetzirah – One and Not Two.

The Oneness of the Creator is the core foundation of all kabbalah and must not be confused under any circumstances. The Creator is not limited. Because human beings are limited, we cannot perceive the unlimited from our physical being, so we are only able to view limited aspects of the Creator’s greatness. We, the created, contain the power of the Creator and unfortunately, we don’t use it and are unaware of it. 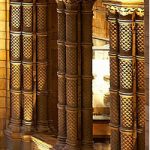 Three distinct pillars exist in the Tree of Life of Kabbalah – the Right Pillar of Expansion, the Left Pillar of Constriction, and the Middle Pillar, which balances and harmonizes between the two opposites. These three lines are called Kindness, Judgment, and Mercy. The Right pillar is referred to as the masculine pillar and the Left pillar is referred to as the feminine pillar, or the right pillar is active while the left is passive, the right pillar is the aspect of giving and the left, the aspect of receiving. This sets up the situation of duality (two opposites), reconciled and harmonized by a third principle which unites them.

This article covered the basics of the Sephirot and the Kabbalah Tree of Life.  To continue in a more in depth lesson, read on in part 2:

Other Recommended Articles in Kabbalah Essentials: